The first obvious thing that stands out in Donald Trump astrology (birth-chart) is most of his planets being located in the fourth quarter of the chart. This makes him very ambitious and self-motivated.

However, this kind of planetary arrangement also makes the character less wholesome, even to the point of being caricature-like. And this, again, we find often the case with celebrities. That’s why they are entertaining to watch.

Intense love and hate from the public

People either love or hate him, and his chart reflects this. Donald’s chart ruler squares the Midheaven, which can give fame for all the wrong reasons, and problems with the public. Yet, his Venus, in conjunction with Saturn in Aquarius, sends a beautiful trine to his Midheaven too. This gives an enduring love of people. So he receives both love and hate.

He also has the Moon trining his chart ruler, which again gives the appreciation of him by the public. Sun’s sextile to Mars makes him highly charismatic. Since the Sun is in the tenth house, it’s easy to see him as an authority figure.

I have no interest in politics, and Donald Trump’s actions don’t affect me as I don’t live in the US. So I can be unbiased about his personality and read the chart confidently. And I must say, he’s not a bad personality.

Unreliable – yes, but not negative. But about that later.

Because his Mars is in the twelfth house, it’s not likely that he will disclose to the public what he’s working on. There are many actions that he takes which the public knows nothing about, especially actions to do with his business, family, and there are secret deals and communications.

This placement can also make the person deceptive. People who have this placement love secretive action. Also, they are better off working away from the public eye, because it doesn’t take much for the public to dislike them.

Because originally the twelfth house is the realm of secretive and fickle Pisces, having Mars there makes the natives hard to understand. They can be their own worst enemies and cause most problems because of their own actions.

Donald Trump has some indicators of a deceptive nature, such as Mercury square Neptune, which is the greatest indicator of someone who can lie. Mercury in Cancer is not a stable placement, which can manifest as a fickle mind.

Aries on the cusp of the ninth house, influencing the mind (especially one’s beliefs) adds to impulsiveness, and because of Mars’ location in the twelfth, impulsiveness gets him in trouble. Libra ruling the third house of mind is a cardinal sign so it doesn’t give stability either. So this is why Donald Trump can be so mentally fickle.

The only main aspect to his Mercury is the Neptune square, so this can produce chaos in the mind, deceptions by others, and deceiving others. However, he also has his Moon in Sagittarius and his Mars – in Leo. This gives honest nature. So he has a mix, and I think what’s happening to him is that he says what he feels at the moment, but then his feelings change and he acts on that.

(Donald Trump has his Moon in Sagittarius, and his children have it too: Ivanka Trump and Barron (not sure about others, I haven’t checked their charts). Ivana Trump, his ex-wife, also has the same placement.)

His Sun conjunct Uranus in Gemini, and both planets oppose the Moon in a fast sign Sagittarius. This can make his mind jump from subject to subject, and his actions can reflect it. Of course, this makes the public see him as an unpredictable character.

He can upset the public because of his unpredictability. Freedom is very important to him and he would take a sudden action to free himself from any kind of restriction. He may become unstable when pressure is put on him and he is pushed into a corner.

His mother has probably been as freedom-loving as him, a traveler, widely read, yet also unstable and unpredictable. Both parents influenced him greatly. He is pretty much the product of his upbringing.

His Leo ascendant with Mars in this sign makes him direct in speech, and the Moon in Sagittarius adds to it. So he can say exactly what’s on his mind, and this directness can insult some people. This directness can make him many enemies too.

This placement of Mars also makes him fond of having a good time, and gives him courage. He will actively pursue the object of affection with full intensity. He will be single-minded in this regard, not giving up until he achieves his goal.

Usually, such a combination produces a person who is loyal, but because Donald Trump is a public figure, there are more temptations. Also, his aquarian tendencies can make him less attached to the partner. His Venus is in the eleventh house ruled by Aquarius, his Sun is conjunct Uranus, and Aquarius is on the cusp of the seventh house.

He would most likely want to leave the relationship if he feels restricted or if boredom sets in. Also, the Moon in Sagittarius gives the need to explore, to prefer that which is new and unknown, so this can also be an obstacle to loyalty. What’s more, he has Jupiter in Libra indicating multiple partners, and also Neptune there, showing a lack of clarity and secretiveness about relationships.

Since the mother is shown as foreign or a traveler (because of Sagittarius Moon – Donald’s mother was indeed an immigrant), this means that Donald’s father was attracted to foreign women. And so naturally Donald Trump is also attracted to foreign, highly independent, and interesting women.

Donald’s Moon is in Sagittarius. This is the part of the personality that’s a little hidden from the public. It shows that he loves traveling, the change of scenery, walking or driving, the outdoors, and he loves learning. This makes him an interesting personality.

He has Lilith in Sagittarius in the fourth house, indicating that the mother was overly optimistic, therefore making wrong choices. This could apply to him as well, as the mother was such a big influence on him.

The mother could have been a foreigner or a traveler. The family may have had to move to another country when growing up. They may have had to change homes quite a few times, and home conditions were unstable. There are many family secrets.

Also, this placement indicates that he holds his personal beliefs almost sacred, and he may feel hurt if someone challenges them. Both parents were flexible, unpredictable, and freedom-lovers, yet there was no harmony between them.

Since Lilith is located in Donald Trump’s fourth house, this often indicates an unloving mother who is emotionally detached from children. This can make it difficult to emotionally connect to one’s own family.

It’s likely that the mother spent more time traveling, exploring the world, and learning than caring for her children. Also, this kind of placement sometimes shows that the native is not born out of love but lust.

The fourth house situation shows that the parents did not get along, and either lived separately, or emotionally unavailable in the same home. Since he didn’t feel cared for, he may try to unconsciously revenge on his own family members.

Lilith in the fourth house and Scorpio on the cusp shows that there are many family secrets, like about their ancestry, taxes, money, mysticism, sexual matters. There could be occult blood probably from the mother’s side of the family.

With Sun in the tenth house, career is very important to Donald Trump. He achieved his purpose in life shown by the North Node – to become well-known for his work. Also, because Uranus is involved, he wants to be known for something unique, or for his unique personality. He doesn’t want to be just another successful person. Instead, he wants people to see him as one of a kind.

Some of his friends will remain his loyal supporters always, and some of them are like family to Donald. Some, however, will be unreliable characters, and also will deceive him and make him lose money. He has many people working behind his back.

A lot of what he does is fueled by the need to be in control, and to be powerful. This need, however, he never shares with anyone (or it could be a totally unconscious need even to himself). He wants to be known, he wants to be respected, and through his actions, he hopes to achieve it.

Donald has Jupiter in the house of income, which can give great wealth. More wealth can also come through partnerships, hard work, and philanthropic activities. Sharing his wealth can make him gain even more. His focus on wealth is not for the sake of it, but he likes what the money can buy.

He loves luxurious items. He wants to own and experience the best that the world can offer because of his Leo ascendant. This kind of ascendant also influences him to act big. It causes him to plan big, and aim to build things that are luxurious and extraordinary.

In the video, I discuss some other aspects of Donald Trump. So to get the most comprehensive astrological analysis of his chart, I advise watching it also. 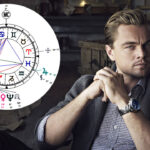 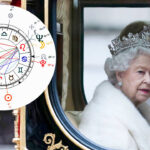