Occult Significance of Pluto: This Planet in Ancient and Occult Writings

Pluto is the most recently discovered planet. It was discovered by Clyde Tombaugh, an American astronomer, in 1930. It’s a dwarf planet in the Kuiper belt, which is a ring of bodies beyond Neptune.

Pluto is the higher octave of Mars, and this can be proven by looking at the Ptolemaic system of the universe:

Since this is the most recently discovered planet, not much information available about how it influences humans. In general, it gives the insatiable desire for something, depending on where it’s placed in your natal chart.

Pluto – the giver of the highest inspiration

Locate Pluto in your natal chart to know from which house you can get the highest inspiration.

If you are awakened, this planet gifts the finest energy.

Your natal chart shows in which area of your life you can tap into it, depending on where Pluto is located.

For example, if it’s in your first house, it means that you will gain higher inspiration through self-exploration.

If it’s in the second house, it’s gathering personal resources and making money that will make you inspired. And if it’s located in the seventh house, it’s through love and business partnerships that you will be able to tap into that higher energy.

If this planet is strong in the chart, the person will be noticed whether he wants it or not. He has a big possibility of either becoming famous or infamous. He is impossible to ignore and people either love or hate him. Some people dislike him for having a penetrating look that makes people feel like he sees right into their deepest secrets.

He will affect large numbers of people or might be the owner of some mass-production company.

Pluto is the slowest moving of the planets which takes around 248 years to complete the circle of the zodiac. It doesn’t move in a regular way, so it completes moving through one sign from twelve to thirty-two years. Pluto brings changes that are either generative or degenerative, and it always produces a permanent change.

The ruler of the underworld 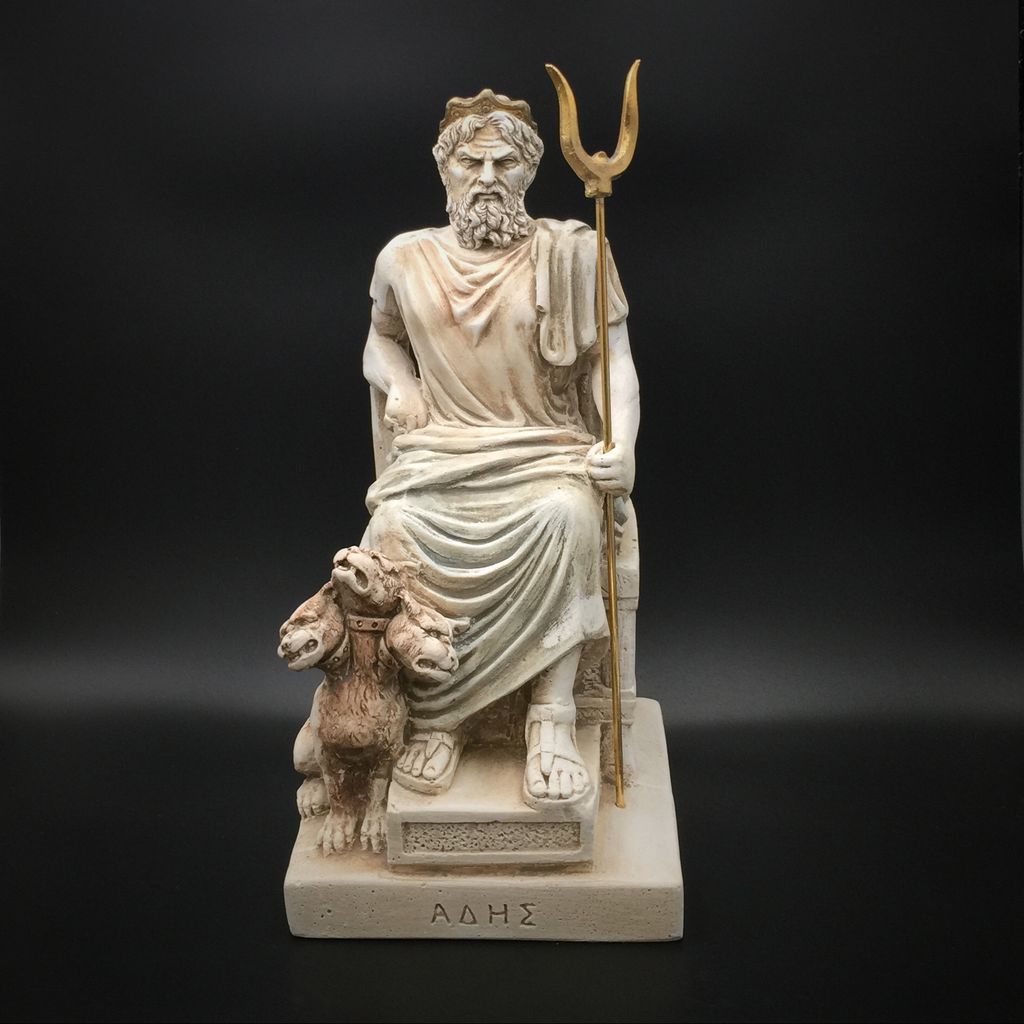 Hades, the Greek god of the underworld

Pluto is the ruler of Scorpio and of the eighth house of astrology.

Its detriment is in Taurus, and fall – in Libra (or Virgo, according to some authors). Its exaltation is in Aries, yet some authors claim it’s in Pisces.

Pluto symbolizes the underworld, death, and regeneration. It’s the planet responsible for spiritual transformation as well as dark activities such as selling drugs and murder.

It all depends on whether people are tuning into his constructive or destructive qualities. The brighter the light, the darker the shadow.

It causes sexual diseases or dysfunctions of the organs of generation, metabolic disorders, and elimination disorders. Good or bad detoxification of the body is ruled by Pluto, like the city’s sewage systems are.

It rules careers such as of people dealing in some way with death, like work associated with funerals. Also, medical examiners, nuclear scientists, all those who are working with secret information or in some way underground, literally or not, are ruled by this planet.

Pluto gives intensity and obsessions. Individuals strongly influenced by this planet are considered powerful, and people may be naturally submissive to them because they fear them. Individuals with prominent Pluto in their charts will always try to dig beneath, will be hard to deceive, and will have a no-nonsense approach.

They will dislike the shallowness of any sort and will not waste time in small talk. They will focus on things that are important. They are likely to be interested in the research of some sort, it especially likely to be occult research. They will consider all life’s aspects as important and you will definitely not find such people wasting time on playing card games or in any other way.

The planet of spiritual transformation 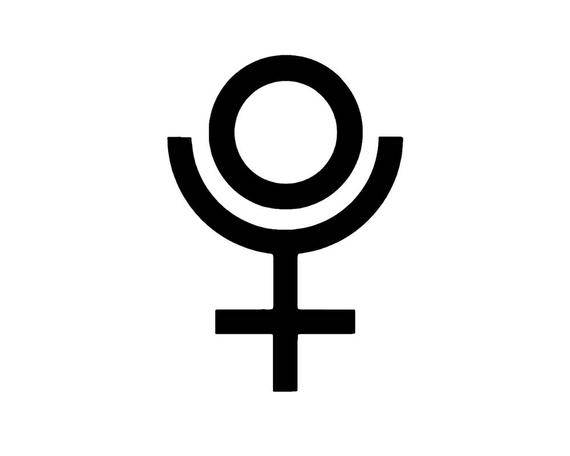 An awakened individual ruled by this planet will die many times in one life and will keep transforming himself.

This for others who transform very slowly will be very hard to understand, and they might accuse him of having some personality disorder or just as being unreliable; when in truth, that person just grows much faster than the common man.

He likes to discover new things, to understand how things work, uncover something hidden, delve deep into the occult.

Pluto was the ruler of the underworld in Greek mythology, the Hades of the Bible. That’s where the eternal fire burns, the symbol of sex. Thus, this planet is associated with all aspects of sex and if a person strongly affected by this planet has not awakened, he will derive his self-esteem through this activity.

(This is according to the common knowledge of this planet, but I personally think it gives all sorts of power obsessions, and this doesn’t have to be only the obsession with the power of sex (it could be an obsession with personal power, money power, leadership power, etc.).

The word plutocrat is derived from the name of this planet, and it means power or domination through wealth. That wealth is obtained through the sources of others, and this relates to the planet Pluto as it governs the astrological house responsible for other people’s money.

According to Greek mythology, Pluto with his wife ruled over the spirits of the dead in the underworld, and this is again related to the eighth house ruled by this planet, as this house is also about ancestral spirits. People having benefic planets in the eighth house are protected by the ancestral spirits, whilst people having malefic planets in the twelfth house may be influenced by evil astral entities.

The ruler of death and spirituality

Dictators, spiritual leaders and owners of mass-production companies are all influenced by the planet Pluto.

Dictators are influenced by this Planet, and saints too. It all depends on which aspect of Pluto’s energy is accessed.

When this planet is found in its own house (the eighth), it may mean that the end of death will be mysterious like one would disappear and nobody would be able to find out whether the person is dead or not; another possibility is death through some surgical failure or murder.

No planet symbolizes so much evil and also so much good. Through the seeming disasters that this planet causes it asks us to release that which no longer serves us so that we are regenerated into a new being. Pluto causes problems when we are unable to let go of things old, those which no longer serve us.

When we empty ourselves of our old baggage, Pluto supplies this space with its gifts. They could be spiritual or monetary.

Pluto also rules subversion, jealousy, intensity, and intimidation. Power struggles are influenced by this planet also, and it is in the area where this planet is located that the native will seek power.

Also, an individual heavily influenced by this planet will prefer solitude and will be detached from the affairs of others, being mainly interested only in his own. Usually, he will be involved in some sort of research or at least planning.

An individual strongly influenced by this planet will enjoy having power over others and also changing their opinions and generally influencing them. Politicians, dictators, spiritual teachers, and executives often have a strong placement of Pluto as a result.

If a person is spiritually awakened and works on his growth every day, a strong Plutonian influence will make him transform much faster than others, and he will be disconnected from the mainstream. He will have much more wisdom than most people, thus not being able to connect with the common man.

That’s all the information I have for you about Pluto, and if you have some more insights to share about this planet, please leave a comment below.

Occult Meaning of Mercury – This Planet in Ancient and Occult Writings

Occult Meaning of Jupiter – This Planet in Ancient and Occult Writings

Occult Meaning of Mars – This Planet in Ancient and Occult Writings