Ellen Degeneres is at least partly ruled by Saturn, because she was born on the 26th. Two plus six equals eight, the number ruled by the mentioned planet.

(As I’m now typing this, I realized that she’s also Aquarius, and Saturn is an old ruler of this sign.)

I cannot be exactly sure what her chart ruler is, because there is some dispute about her birth time. Thus, I’m not looking at her astrology here – rather numerology.

26 is not a good number in occult terms anyway, and since its ruler is Saturn, it makes it difficult to throw off negative influences and extract the good. My birth number is also saturnian – 17, but at least 17 has a much more positive occult meaning.

Since Saturn is the greatest malefic among all planets, its influence is strongly felt if it has any kind of rulership over the person. And if it rules your birth day, you really cannot escape its influence, like you could, for example, if it would rule your name (as you can change your name).

Saturn’s negative qualities seen in those ruled by it are sternness, meanness, selfishness, coldness, suspicion, and the dislike of people. Those ruled by Saturn by default are serious and they don’t like to look in the eye. They often keep their head down when talking to you.

Now let’s see how Ellen embodies some of the mentioned qualities, from what I’ve noticed in some of her interviews.

Coldness. People sometimes describe her as cold and uncaring. This coldness manifests more tangibly too, since when she’s on stage she likes the atmosphere to be kept very cold, so the rest of the people are freezing.

Dislike of people. She is known to have acted very rudely with many and now those people are publicly revealing her mistreatment of them. She is known as someone who tries to make people so upset that they start crying. So this also makes her mean.

She doesn’t like eye contact. She can even get mad if someone dares to look her straight in the eye.

So this is someone who by default maintains the negative gifts of Saturn without trying to break out of this and gain, by effort, Saturn’s blessings. This planet’s blessings do not come easily but if you deserve them, you will get them. She probably doesn’t even try.

Since Saturn is a planet that crystallizes, it gives fixed views, paralysis and arthritis. Any bodily stiffness can be attributed to Saturn, and so can mental stiffness. Because Saturn has this quality, it’s very important to try hard to train yourself out of its negative gifts; as if you don’t, they will become so strong that you will feel like their puppet.

It’s especially important to maintain mental flexibility when you are ruled by Saturn. Try to avoid any fixed views and close-mindedness. This will in the future prevent you from getting arthritis or paralysis.

I see Ellen as someone tightly in the grip of Saturn, and it seems that she is unable to break that negative Saturn’s heritage. Saturn will continue punishing her in the hope that she will do something about it, as nobody is happy who is mean, cold and hateful.

Now as she’s experienced a downfall, maybe that will make her take another look at her behavior. But since she’s over 60, it’s really hard to tell as most people who are past 60 are set in their ways. All I can say is that she’s suffering on a daily basis as Saturn is one of the worst planets to be ruled by default.

However, were she to try hard to change her ways, Saturn, after some time, would give its blessings. And they are truly solid gifts, such as a deep and reliable nature, authoritativeness, an ability to manage and organize, and to run your own business, shrewdness, and an ability to survive difficult times with very few resources.

Saturn gives patience and the ability to take history into consideration when making decisions; and it gives willingness to delay gratification for greater future gain.

But its gifts are not freely given. You must work hard to get them, and you will get only what you deserve – never more.

Saturn is assigned for older souls, as young souls would break under its rule. It’s the final teacher of this earth realm. If you overcome its negative qualities, you have finished the earth school. It’s most difficult lesson is transcending selfishness. 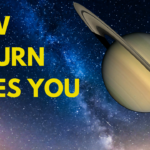 How Saturn and Other Planets Rule Over You 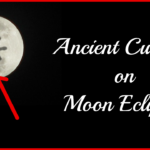 The Great Conjunction of 2020, and How It Will Affect You