It’s been more than a week of me staying here in Valencia, Spain. I just don’t understand why people like cities. They are so polluted and they’re so expensive.

After having lived on my own land, breathing fresh air and eating healthy food, I now find myself living a much worse quality of life. As I mentioned in another article, I did not expect Valencia to be a huge city. In photos it appeared like a cute town with many historical buildings.

But it’s not only about Valencia. Every city is pretty much the same.

Why do people get seduced to move there? It’s polluted everywhere, and here in Spain so many people smoke. They leave a trail of noxious fumes behind them, poisoning even those who don’t smoke.

Listen to “Ditch the City (Personal Update)” on Spreaker.

Sometimes I don’t feel like I belong to the human race. I just don’t understand how people see others dying from things like smoking and drinking, and then go to supermarkets to buy those same death-dealing substances.

It’s just so sad. No wonder I don’t connect with most humans. I have nothing in common with them except for a similar-looking body.

The trend of moving to cities had done great harm. People in the pursuit of cash lose their health because of the unnatural way of living and pollution, and their minds get sick too. I met so many mentally unstable people in cities because their reference point is books and not what is. People don’t even notice such mental diseases because most city dwellers have them.

I don’t know any city psychologist whose mentally healthier than most village people. Cities usually pollute not only bodies but minds too.

The excitement of city dwellers is going to bars, clubs or spending their hard-earned money on things that don’t bring them happiness. Especially when I visit shopping malls I feel the energy of emptiness and complete materialism. There’s energy of desperation there too.

That’s in huge contrast with how things used to be, when families would visit religious places and that was their way of spending time. Pilgrimages as such are still popular in India. My boyfriend will soon go on a fast (for him this means eating only vegetarian food) because he and his friends after a month will go to a very important spiritual spot to pray for their families and loved ones.

Even religious holidays in the West are totally commercialized. Christmas spirit is still felt in village places, but in cities the focus is not on relatives and friends gathering on a holy day to stay together, but on getting drunk, stuffing themselves with rich foods and receiving presents.

Many villages are still not consumed by materialism. It’s peaceful there and it’s healthy both for the mind and body. And yes, there are villagers who had never lived in cities and think it such a great achievement to live there. But those are the thoughts of the people who never lived in cities.

Now there’s a trend in Lithuania of going back to villages. It’s just starting, but more and more people who made enough money abroad go back to Lithuania and buy land to live a natural life. I hope this trend is present in other countries too. It’s just so much more stress-free to live this way, plus you get to breathe fresh air, drink good-quality living water and eat healthy food.

The reason the movement away from farms to the cities began was because of the cash seduction. People bought into the promise of wealth, sold their farms and pursued the city dream. Most lost their health because the cities used to be even more polluted in the past, and also they lost their vitality because of terrible working conditions.

I already mentioned in an old wealth book review that most people who moved from farms to start businesses died broke or drunk. Some took their own lives. The thinking that they would become more successful than their fellow farmers did not prove correct.

And the next generation grew up never knowing what it’s like to live in a village. Though now city conditions definitely improved from what they were in the past, they are still very unhealthy. And it’s not only about unhealthy breathing, eating and drinking conditions. Even what city dwellers do in their free time usually is damaging either to their minds or bodies.

Also, because it’s much more expensive to live in the city than in a village, city people are very materially-minded. Some would sell their family for cash. People kill each other for money. People even hurt each other to be the first ones to get some pointless gadget. Girls in China sell their bodies to get the newest iPhones.

This is such an insanity. People are so out of touch with what really matters in life. I hope people ditch those terrible cities, buy small farms and live stress-free lives. It’s so much cheaper and healthier to live on your own land.

That being said, I already got my Indian visa and I booked a flight too. I can’t wait to leave, but this is going to happen only next month. I will stay in natural places in India, and when my boyfriend’s work term finishes, we are going to travel to Nepal as he had never seen Himalayan mountains which is his dream.

So I can’t wait to leave this place. I was born in the capital of Lithuania but India had totally changed me. Having been exposed to the natural way of life for so many years, city life looks empty, polluted and pointless. I think city people who never lived in villages are really missing out.

I don’t know when I come back to my land in Lithuania again, but it’s definitely going to be after the cold period is over. And then I hope to have the well dug and maybe I will save enough money for the house extension too. Then I would be able to contribute in providing an affordable place to stay in nature for those who have no such place to enjoy.

Having Less is Better Than Stress 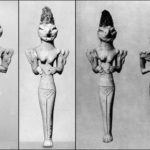 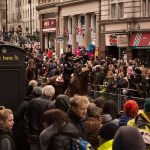 V…(cc)…es May Not Be the Mark of the Beast, but They Could Surely Lead to It