Cheiro wrote that people born under the number eight are the children of destiny. This applies also to those who were born on the dates whose sum makes up the number eight, which is 17 and 26.

These people are different from the rest. (I am one of them, being born on the 17th of August.)

The number 8 is purely ruled by the planet Saturn. 17 is a spiritual number, the compound being ruled by the Sun and Neptune. But the sum is eight, which makes its ruler Saturn anyway.

And those born on the 26th will be more social, the compound being ruled by the Moon and Venus, but again, the sum is eight, which makes the ruler of the sum Saturn.

Cheiro wrote that people born on these dates are the children of destiny ruled by mysterious forces. He was not one of them, so he could only speak as an outsider. But I have tried to understand what those forces are, and here are my findings.

The people born on these dates are ruled by the forces of destiny. The best Egyptian Tarot card illustrating this is The Balance and the Sword, which is the number eight as well. This is how Saturn is represented – as blind justice. Whatever evil people do, the same will be repaid to them. And whatever goodness they cause, that will be repaid as well. And this is going to be done through the children of destiny to a large degree.

They are used by those forces to bring justice in some way. Sometimes it could be through negative events, to have evil-doers punished. There could be many ways that the children of destiny are used. For example, an exceptionally good or bad life of one of them would serve to the masses as an example of what to do or what not to do.

Also, sometimes they appear in people’s lives to bring some change, and the change may sometimes be perceived as negative. It could actually be truly negative, because destiny is involved, and some people have negative events written in their destiny. So the children of destiny are used to help bring those events into manifestation.

It is my understanding that the true children of destiny do not incur karma in a way that others do. They will get their balance adjusted right there and then. And this is very painful, when through the forces you are made to behave in a way that you usually would not, like having an argument with someone so that the person takes some action that’s aligned with their destiny.

For example, once my best friend from the UK visited me in Sri Lanka. On one of the days we had an argument which was bad enough for us to go our separate ways. And because of him taking the other way, he met his future wife.

So the negative event made him get aligned with his destiny, but the consequences of that argument were still felt by me. So sometimes it feels like it’s unfair, but then again, probably I signed up for such a life to help in this strange way.

The forces will bring the child of destiny into someone’s life so that the other person takes the path aligned with their destiny. And that could be through negative events. I suffer when such things happen, but I am aware when it was out of my control – I was simply used to adjust the life path of some person.

So this is a very difficult road, and no wonder Cheiro suggested for the people to try to escape such life. He said that if people also see the number four or live in houses of this number, or are with people who’s date of birth is four, they are definitely the children of destiny. My boyfriend was born on the 4th and I’m now in a room in Sri Lanka whose door number is 4. The number of the hut I purchased in Lithuania is 4. I seem not to be able to escape it; when the deed is done, then I find out the four number involved:)

Also, the children of destiny might be seeing the number 22 everywhere, which is a higher vibration number than 4 and a more powerful one. People who see this number everywhere might be used to cause a massive  change of some sort in the lives of others. This number is the one I always see in my life, and I always felt it’s a confirmation that I’m aligned with my destiny; but again, the destinies of the number eight people are not necessarily happy ones, but the lives are lived to educate others about how to live or how not to live.

I meet very few people in my life. But when I meet someone, I know it was fated and I’m then looking to see how the fate will use me to bring some event in a person’s life. It’s quite often that after meeting me the person’s life radically changes, or some important event happens in a person’s life which shapes his future.

This applies to all the children of destiny – all of them will be used in a similar way, especially if they see numbers 4 or 22 everywhere, or the number 4 is prominent in their lives. Sometimes it will feel like life is totally out of your control, and that’s something you have to make peace with rather than fighting against for your mental sanity.

For example, my life drastically changes and I cannot plan long-term as a result. It’s just of no use. What’s written for me will happen anyways, whether I plan for something else or not. And when you make peace with that, there’s contentment and you are not afraid of the future, because you know you cannot really change it anyway.

So it’s a life that’s not easy, but I believe the children of destiny signed up for it. 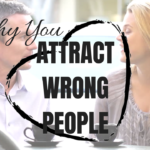 The Reason Why You Fall in Love With Wrong People

A Strange Encounter – Don’t Watch This at Night