There is a lot of talk about celebrity transgenders nowadays. I actually was the one partly responsible for the trend on YouTube, because I picked up on that piece of knowledge early and made a video about it which quickly received half a million views.

My video started being featured on various websites and then I realized my mistake and took it down. Even now I get contacted by some viewers who ask me what happened to that video, and whether it was censored.

I deleted it myself, because I realized that it was wrong for me to publish a video as such. I personally don’t know those celebrities, so I cannot be absolutely sure whether they are transgender or not. And if they are not transgender, I’m actually making a false accusation.

So although the video was getting more and more popular, I removed it, because for me listening to my conscience is more important than any amount of views.

And that’s what I notice on YouTube quite a lot – people creating videos just to receive views. They don’t stop to think that they may be hurting others with their content – what’s most important for them is growing popularity.

I notice that almost all popular topics require you to sell bits of your soul, so to speak. You will end up accusing someone, exaggerating, gossiping about someone, or you will need to slightly disregard your morals, and things like that. It’s very important not to lower your spiritual standards, because if you disregard your conscience, you are literally losing your soul.

According to the Hermetic philosophy, only unselfish love is going to survive as the material for your spiritual body after your physical death. The more selfish actions you take, the less of a chance you have to maintain your consciousness after death due to the lack of material with which to build the spiritual body.

After death people are able to retain consciousness due to their astral bodies. That’s because consciousness is only able to maintain itself if there’s a continuous presence of the material to manifest itself through.

But the astral body doesn’t last forever.  It will disintegrate sooner or later. And then only with the help of the spiritual body, if there is any, that consciousness will be able to stay in tact.

This reminds me of a parable of Jesus which might be to do with this process. I’m talking about the one where a foolish man built a house on sand, and a wise man – on a firm foundation.

The flood took away the house built on the sand, yet the one build on a firm foundation remained. Interestingly, before that Jesus talks about the importance of unselfish love – which is the material to build the spiritual body from. This would further confirm Jesus being an initiate, by the way. 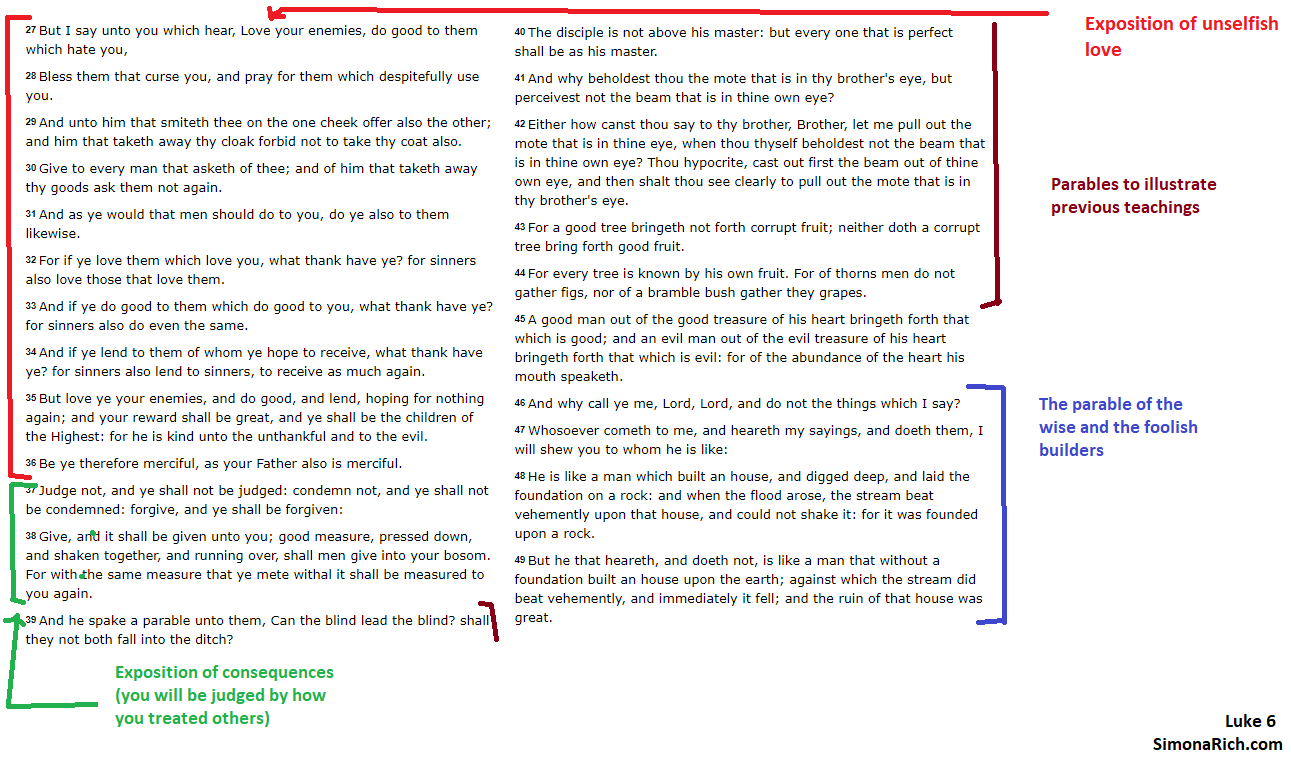 When the astral body disintegrates, and disintegrate it will, there’s only the spiritual body left, if at all. Without this covering of righteousness the person will not be able to retain any of his memories as well as the continuous feeling of being, and thus will have to experience the second death.

This concept – the second death – is probably the original hell meaning – because of the terror of the astral body being consumed by the fires of purification which leaves only gold (spirituality) intact. Those fully consumed by this spiritual power will have to experience the second death.

The spiritual body might have been explained in the Bible as the white robe that a righteous person receives.

According to the Hermetic philosophy, all souls are immortal. However, if you’re not able to create a spiritual body whose material is unselfish love, then you are going to lose consciousness and this is the same as mortality.

This unselfish love can be learnt by starting small at first, and with beings naturally bringing us pleasure, like by caring for pets, children or for a loved one. Then that unselfish love should be allowed to spread, to embrace more and more living beings. And if you find it hard to accept and love most people, it’s best to start loving animals, than loving no one at all.

According to Hermeticism, we are here on this earth to learn from our experiences and if we allow them to teach us, eventually we will arrive at the unconditional love for all, because we will learn that we are all connected – we are all one at the core. So if we hurt someone, we also hurt ourselves, and if we benefit others, we benefit ourselves also.

At the highest stage, our personal goals become totally one with social goals because we are driven by that which is good for all. Then there’s no more difference between personal and impersonal motivations, no dividing of our forces but acting totally out of unselfish love. This assures the building of the spiritual body and the consequent unbroken consciousness.